Gianluca Sartori on “Benchmarking in the Cloud”

Lifting and shifting your application to the cloud is extremely easy, on paper. The hard truth is that the only way to know for sure how it is going to perform is to test it. Benchmarking on premises is hard enough, but benchmarking in the cloud can get really hairy because of the restrictions in PaaS environments and the lack of tooling.

Join me in this session and learn how to capture a production workload, replay it to your cloud database and compare the performance. I will introduce you to the methodology and the tools to bring your database to the cloud without breaking a sweat.

Gianluca Sartori is a Data Platform MVP, independent consultant and performance tuning specialist. He has been working in the software industry since 1999 and has been working with SQL Server ever since. He also works as a SQL Server trainer and in his spare time he writes technical articles and participates the SQL Server forums. Gianluca enjoys presenting SQL Server topics at conferences around Europe. He is currently working as lead DBA at a famous Formula 1 team.

If there’s one thing that we, as SQL developers don’t do, it’s use transactions as often as we should.

Transactions are critical when multiple changes need to be made entirely or not at all, but even given that it’s rare to see transactions used at all in most production code

Gail is a Database Specialist focusing on database performance tuning and database recovery, with a particular interest in topics such as indexing strategies, execution plans, and writing T-SQL code that performs well and scales gracefully.

Gail is a Data Platform MVP, a Pluralsight author, writes articles for both SQLServerCentral.com and Simple-Talk.com, and has spoken at SQL Saturdays locally and internationally, SQL Bits and at the PASS Community Summit.

Gail has been responsible for extending the lifespan of many an application by performance-tuning their databases as well as providing technical guidance on all things SQL Server related.

She lives in Johannesburg, South Africa.

The only way to know for sure if the code that we’ve written or the index that we’ve built will perform and scale well is to test it against large amounts of data. On new projects in particular, such quantities of data aren’t always available. One way to build such data is with commercial and freeware data generators.

But what if we don’t have such a tool, can’t afford it, or simply aren’t allowed to install such third party tools even on our Dev servers?

This presentation explains and demonstrates how to quickly and easily build millions of rows of either assigned or constrained random test data of various datatypes. And it’s all “nasty fast” because we won’t use even a lick of RBAR.

We’ll learn what a “Pseudo Cursor” is and how to use it (you actually use them every day and might not know it). We’ll learn some basic formulas that can be expanded upon in so many different ways. We’ll learn how to generate and control the domains of large quantities of random integers and floating point numbers (the foundations of many types of test data) in a very high speed fashion and then how to convert those to other types of test data such as dates, currency amounts, alphanumeric department numbers, and even random-length simulated names.

Last but not least, we’ll learn a bit about some awesome tricks with minimal logging to make our repeat testing/retesting go even faster including doing what everyone says is impossible… having data follow the Fill Factor as we’re inserting it into a table with a clustered index already in place so that you don’t have to do it separately after the initial data is inserted.

We’ll also see the huge amount of trouble so many have gotten themselves into when they make “Grooved” test data.

Jeff Moden is the fellow that coined the term “RBAR”, which is pronounced as “ree-bar” (like the steel rods stuck in cement and not going anywhere fast) and stands for “Row By Agonizing Row”.

Jeff is a retired SQL Server MVP veteran of 9 years, winner of the 2011 RedGate Exceptional DBA award, has written some very high impact articles on SQLServerCentral.com, and has presented at the PASS Summit and many PASS Chapters and SQLSaturdays.

His passions are the “Black Arts” of high performance SQL code and teaching about it.

Eitan Blumin on “How to HADR Your SQL Jobs”

You have a couple or more SQL Servers with some sort of High Availability solution between them (AlwaysOn Availability Groups, Database Mirroring, etc.). You also have a bunch of scheduled jobs which you need to be run on the Primary server.

But wait…. How would you make these jobs run only on the Primary server? After all, if they try to run on the Secondary, they might fail (whether because the database is inaccessible or because it’s read-only). Additionally, you would need to consider a failover where the Primary and Secondary servers would switch roles.

This means that you would have to create these jobs on both servers, and then implement some sort of mechanism that would detect, for each job, whether the instance it’s being executed at is currently the Primary.

There are a few ways to go about doing this. During this session we will cover possible solutions, downfalls, tricks, and much more.

Eitan Blumin is a SQL Server Generalist consultant with decades of experience in all fields relating to Microsoft SQL Server databases (since the year 2005).

Eitan is currently working as a Senior SQL Server Consultant and Team Leader at Madeira Data Solutions. Other than his day-to-day consultant work, he also co-hosts the popular “SQL Server Radio” podcast with Guy Glantser, writes professional materials for the SQL Server community, delivers professional presentations and courses, and serves as a pivotal source of expert knowledge for the Madeira team.

Simple tricks are almost always the most effective. Impress your Power BI report users with some cool visualizations, using these 7 neat techniques: from taking buttons to the next level, through creating animated tooltips, turning traditional into “custom-like” visuals, or using basic DAX calculations to enhance regular Power BI experience, this session full of demos will walk you through solutions to different use-case scenarios which can be applied in your day-to-day Power BI development.

Nikola is a Data Geek, interested in everything related to data, and always eager to extract valuable information from the raw data. He has multiple years of experience working with (predominantly) Microsoft Data Platform – SQL Server, SSAS Multidimensional, SSRS, SSIS, and most recently Power BI – which he is a big fan of.

He is a self-proclaimed Data Mozart: Data…well, because of everything specified above…and Mozart…because he lives in the wonderful city of Salzburg, which is famously known as a birthplace of one of the all-time greatest composers (and artists). That’s why his motto is: Make music from your data!

Nikola is also an MCSA Data Analyst and true football (and Barca) fan. He is regularly blogging at https://data-mozart.com and is quite active on LinkedIn and Twitter.

Neil has 20+ years in a variety of SQL Server roles

Guy Glantser on “The Most Important Performance Factor in SQL Server”

In this session, we will get to know statistics, as well as the cardinality estimator – the SQL Server component that is responsible for estimating row counts based on statistics. We will cover all types of statistics, such as column vs. index statistics, single-column vs. multi-column, filtered statistics, incremental statistics, and more. We will look at scan vs. seek operations, and we will examine how execution plans are made.

If you care about SQL Server performance, then make sure you take care of your statistics. Join this session to learn why it is so important, and how to do it right.

Guy Glantser, Data Platform MVP, is the leader of the Israeli PASS local group and also the CEO and founder of Madeira Data Solutions. His career has been focused on the Microsoft Data Platform for more than 20 years, performing various database roles as either an on-site DBA, an external consultant or a speaker. Guy is involved in many activities in the Microsoft Data Platform community. He occasionally speaks at community events, such as PASS Summit, SQLBits, SQL Saturdays and user groups around the world. He also co-hosts the SQL Server Radio podcast.

You understand that big bang deployments are painful, but each deploy may disrupt users, so you are restricted to tight deployment windows for your database. The consequences of missing your windows aren’t worth thinking about – but it gets more difficult each time.

In order to move to smaller, more frequent and more reliable deployments you need to demonstrate that you can safely deploy during business hours – without disrupting users.

In this session we’ll discuss the most popular strategies: Blue/Green and Canary deploys, Cluster Immune Systems and Feature Toggles. Then we’ll discuss the fundamental changes that we need to make to the way we think about database “deployments” and “releases” in order to support these strategies.

We will finish with an SSDT, Azure DevOps and Azure SQL Database demo that simulates the Facebook Chat case study from The DevOps Handbook. The principles will be applicable to any relational database deployment, regardless of tooling.

Alex Yates has been helping organisations to apply DevOps principles to their data since 2010. He’s most proud of helping Skyscanner develop the ability to deploy 95 times a day. Originally for Redgate, later for DLM Consultants, Alex has worked with clients on every continent except Antarctica – so he’s keen to meet anyone who researches penguins.

A keen community member, he co-organises Data Relay, is the founder of www.SpeakingMentors.com and has been recognised as a Microsoft Data Platform MVP since 2017.

SQL Server also offers two optimistic transaction isolation levels where a transaction does not acquire a lock when reading data, which reduces the probability of blocks and therefore leads to significantly better reading performance in a busy database.

In this session (level 300), you will learn how to increase the reading performance in a database simply by changing the transaction isolation level to snapshot isolation. You will also understand how SQL Server implements this function internally and what disadvantages it has.

Torsten Strauß (MCT, MCSE Data Platform, MCSE Data Management and Analytics) has been working with Microsoft SQL Server since the turn of the millennium.

He currently works as Database Engineer and Microsoft SQL Server Evangelist for BP Europe SE and as CEO of inside-sqlserver.

Torsten has delivered more than 100 presentations about Microsoft SQL Server at national and international conferences and user groups and has been recognized as a Microsoft Data Platform MVP since July 2018.

Azure Databricks is an Apache Spark–based analytics service for big data and data analytics on top. In this session we will create Databricks scenarios for useful business scenarios. Data engineers and business analysts (data scientists) can now work on RDD structured files using workbooks for collaborative projects, using ANSI SQL, R, Python or Scala, easily covering both analytical and machine learning solutions on one hand, and also giving the capabilities to use it as a data warehouse.

Tomaž Kaštrun is a SQL Server developer and data scientist with more than 15 years of experience in the fields of business warehousing, development, ETL, database administration, and query tuning.

He holds over 15 years of experience in data analysis, data mining, statistical research, and machine learning.

He is a blogger, author of many articles, a frequent speaker at the community and Microsoft events.

He is an avid coffee drinker who is passionate about fixed gear bikes. 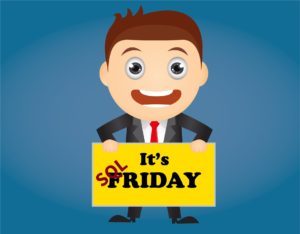 Tweets by Transmokopter Join Meetup group
Join the SQL Friday Meetup group to be the first to know when a SQL Friday is open for registration. https://www.meetup.com/Sql-Friday/